They had planned to go on with the parade, but on March 13 parade organizers announced that, due to the county ban on public gatherings of more than 250 people, the St. Patrick’s Day has been canceled. 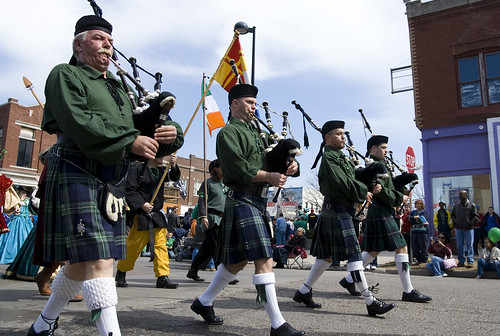 It’s time to break out our green! The annual St. Patrick’s Day Parade in Historic Delano.

The parade begins at high noon, following a route along Douglas from McClean Boulevard to Walnut Street. This is a well-attended parade every year, and lots of fun to photograph!

The annual St. Patty’s Day parade has become a fun family tradition in Wichita, with activities before and after the parade throughout Delano. While you’re in Delano for the St. Patrick’s Day parade, you can stop in at all the great little shops along Douglas and participate in other St. Patricks Day festivities.

Of course, the parade isn’t the only St. Paddy’s day event happening in Wichita. Here are a few more ways we’ve found you can celebrate this year.

For more information about the parade, visit https://delanostpatparade.com/

Want to be the first to know about free concerts, free movies, restaurant coupons, shopping deals and other inexpensive things to do in Wichita? Join 9,100 other local cheapskates and get our free newsletter.