The 82nd annual National Baseball Congress World Series will be in full swing at Lawrence-Dumont Stadium beginning Friday, July 29, 2016. Regular general admission tickets start at just $7 per person, but you can also find discounted or free tickets to the NBC World Series in Wichita again this year.

Throughout the series, a number of local merchants buy out the stadium and give away discounted General Admission passes or free kids’ tickets to the games. If you’d like box seating, these passes may get you discount prices on upgrades.

Remember, the dates listed here aren’t all of the games – just the ones with special discounts, and they are subject to change. The NBC World Series games will be played throughout the two-week period from July 29 to August 13, 2016. And here’s an extra perk! Pick up a $5 off Wingapalooza voucher when you purchase NBC tickets at either the INTRUST Bank Arena box office or at Lawrence-Dumont Stadium box office!

Games are played at different times throughout the day. To see the full schedule (including times for each game) visit the NBC Tournament website here. 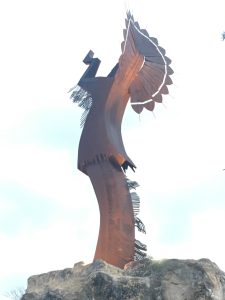